Little is known about Andorra, and some won’t even know that there’s a country with that name. Then where exactly is Andorra? This small country is located in between France and Spain and is landlocked over the Pyrenees mountain ranges. Even if it’s a tiny independent country, it doesn’t mean there’s less to do here. So if you’re curious about this hidden paradise, read more to learn about the top-rated things to do when visiting Andorra. 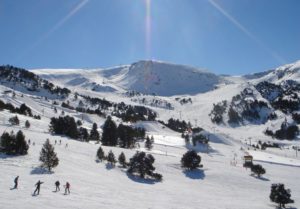 SKIING & SNOWBOARDING
Winter season is one of the best times to visit Andorra for the simple reason that it is a big winter wonderland with their location high above in the Pyrenees, they definitely have superb ski slopes and hills with a long and excellent winter condition. Gran Valira and Vallnord are just some of the famous ski resorts in the country that offers snowboarding, skiing, dog sledging, snowmobile riding and a whole lot more.

CENTRE TERMOLUDIC CALDEA
This colossal glass structure is hard to miss when you’re in the capital, Andorra la Vella. It may look like an ultramodern art museum, but it actually is Europe’s largest spa complex, the Centre Termoludic Caldea. This spa facility is a vast 6000 meters with all kinds of attraction for adults and children alike. Indoor and outdoor attractions include Indo-Roman baths, saunas, Jacuzzis, lagoons, grapefruit pool and warm marble slates. The warm waters from the natural source in the city is one of the best ways to nurse your sore muscles after skiing.

SHOPPING SPREE
Andorra is a haven for shoppers because of its low tax and duty free prices, so shopping is definitely a must here. Luxury brands, tobacco and alcohol are just about everywhere. Christmas shopping would never be the same if you do it here in Andorra. 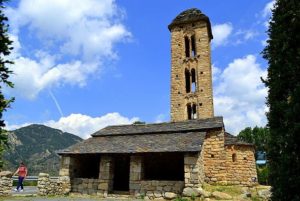 ROMANESQUE CHURCHES
This small country is just abundant with beautiful and historical Romanesque Churches and it’s just impossible not to get fascinated with these places of worship. Perhaps the most notable, though, is the Santa Coloma Church and its rounded bell tower. When driving around Andorra’s countryside, you’ll discover these old Romanesque churches with their marvelous medieval art and frescoes.

ANDORRA CUISINE
Exploring this beautiful place would surely leave you hungry and this is the best time to taste and experience Andorra’s delicious recipes. Stop at a “borda” or “an old mountain barn turned into a restaurant”, and taste traditional recipes like baked snails, escudella (a big bowl of stew with pasta and meat) or trinxat (mashed potatoes, cabbage and pork meat).

Seattle is on the West Coast of the US and lies between Lake Washington and Puget Sound. The spectacular beauty of the distant mountains, forests, and waterways combine to make this city one of the top attractions in the United States. Friends of mine who lived in nearby Portland while studying Shockwave Therapy, spent lots of time visiting Seattle. They echoed my sentiments about this Northwestern US city, it is a beautiful destination to visit. Wide breezy streets, leafy public squares, and classic architecture makes exploring Seattle a fun experience. Here are some must see attractions in Seattle.

Smith Tower
Visit the observation deck on the 35th floor of this town for great views of Seattle. You can also see some of this city’s oldest buildings in the nearby Pioneer Square. 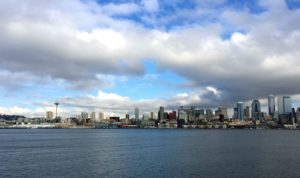 Seattle Waterfront
This is a distinctive feature of downtown Seattle and it is widely known for its seafood restaurants and eateries. It is also a launching point for many boat cruises. You can get a spectacular view of the city by jumping aboard one ferry that regularly departs from here. A constant reminder of the maritime heritage of Seattle is the busy harbor.

Alki Beach
If you are looking for a great spot to enjoy the summer, Alki Beach is a good choice. You will enjoy the relaxed park lands, shore front beaches, and spectacular views of the Olympic Mountains and Puget Sound. 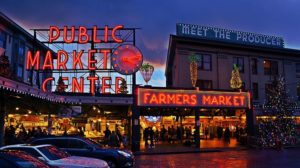 Here you will get to sample the catches from the water and also chat with the locals who sell other goods on display. Pike Place Market also features souvenirs shops, stalls, eateries, bars, and the first Starbucks store in America.

Woodland Park Zoo
This zoo is home to over one thousand birds and animals in habitats ranging from tropical forests to the African savanna.

Kerry Park
Head over to this park if you are looking for the most famous views of Seattle. You can also see the Space Needle park is close to the Seattle center. This city is home to many famous bands so you won’t be short of live music as well as nightclubs and bars. The Seattle Center is also home to the International Fountain and Pacific Science Center. 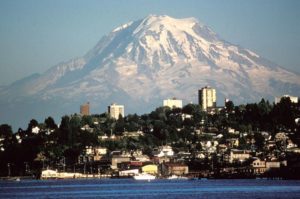 Mount Rainier
The snow-covered peak of Mount Rainier can be seen from all parts of Seattle and dominates the city’s skyline. The National Park in this mountain features hundreds of miles of hiking trails that can lead you to different landscapes. There are raised boardwalks here that make it easy to walk on. There are many scenic drives if you don’t feel like walking.

Olympic National Park
Visiting this beautiful rain forest is like entering into a world where lichens and moss grow on every surface.

Whether you are in the heart of downtown or exploring the countryside, what makes Seattle stand out is the variety of experiences it offers.

Tuscany is a historic region in central Italy that stretches from the west coast to the Apennine Mountains. It also meanders through medieval towns, endless vineyards, and the beautiful cities of Pisa, Siena, and Florence. Defined by traffic jams, deadlines, and alarm clocks, Tuscany lures its visitors with the promise of a gentler and warmer way of living.

Tuscany changed the world forever about 600 years ago when political, cultural, and economic forces collided creating the Renaissance. In this era, education and art were highly prized. Although the world has since then changed, Tuscany’s values still hold firm and tourists can spend days or weeks to rediscover them slowly.

Florence, its capital city was at the epicenter of this Renaissance. For many years, families competed with the church and each other to commission the finest artworks and create the grandest buildings. The patronage of thinkers, artists, and writers bought the wealthy prestige, and geniuses such as Leonardo da Vinci and Michelangelo thrived under this system.

Other greats include Rafael and Botticelli and you can see some of the works in the Uffizi Gallery and Academia Gallery. With its ornate palaces, beautiful churches, and historic piazzas, Florence feels more like a living museum.

Florence is not the only Tuscany region that echoes with the footsteps of history. The province of Siena fiercely competed with Florence during the Renaissance. To lure wealthy families, it also commissioned many of its own works. Some medieval hill towns such as Montalcino and Monticchiello played a crucial role in the generations of power struggles. Visit these towns and sit high on its timeless ramparts which have changed little after about 1,000 years.

Pisa is widely known for its famous tower and it is a great place you can discover on foot. The hilltop town of Volterra is just some hours’ drive from this town. Since the days of the Romans, skilled craftsmen have been transforming luminous stone into pieces of art.

Perhaps the greatest Tuscany artworks are those created by Mother Nature. With its wildflower filled national parks, unspoiled beaches, and warm thermal springs, the natural beauty of Tuscany has been attracting visitors since the Romans days. Discover Tuscany coastline by heading west. Its ancient ports feel like they have been there forever.

A wilder part of Tuscany is a little further south. Here you can enjoy wildflowers, rolling hills, and an appreciation of the pleasures of life including wine. Follow your cravings to the sun wormed olive groves and winding roads to the Chianti vineyards. This area is widely known for its earthy style of wine.

Also famous for their wines are the beautiful towns of Arezzo and Cortona. Pair your wine with this city’s simple food and linger over cuisines created with cured meats, cheeses, and seasonal ingredients.

Townsville is an Australian city that sits on Queensland sun-drenched coastline and it is about 700 miles from Brisbane, the state capital. It is a gateway to the Great Barrier Reef, the Tropical North, and the Wild Outback. Townsville offers visitors over 320 days of sunshine a year and some of the best natural attractions in Australia. There is also plenty to admire in this city from the heritage buildings to the waterfront esplanade, lush tropical gardens, and the legendary northern hospitality. Here are the top must-see attractions in Townsville, Brisbane.

The Castle Hill has been looming large over this region since the dawn of time. It is a granite guardian that has witnessed many centuries of history, from the campfires of the Wulgurukaba and Bindal to the coming of Europeans, first as castaways and explorers and later as settlers.

Townsville was first established by Robert Towns as a port town in 1866 but it quickly blossomed. Walk along Flinders street to admire some of the finest buildings in Australia including gracious pubs which have been serving ice cold beer to locals for generations.

Learn how Townsville became one of Pacific allied largest bases during World War II at the Army Museum of North Queensland. Discover even more of Townsville’s natural and historical treasures at the Museum of Tropical Queensland.

Here, the Great Barrier Reef wonders have been to shore for everyone to enjoy. While you are here, ensure you visit the turtle hospital to see the recovering patients.

Billabong Sanctuary is a few miles of Townsville’s south. Continue your walk on the wide side and get close to some of the most fearsome and treasured animals in Australia.

Take a 5-mile ferry ride to this island to experience the brightest natural jewel of Townsville. From Nelly Bay, set off on foot, hop on a local bus, or rent a Mini Moke to discover Maggie’s coastal communities and national parks. Meet friendly locals, explore World War II forts, and coastal tracks along the way.

Once the temperature climbs, there are many fabulous beaches you can cool off at, some are completely deserted while lifeguards patrol others. When it comes to Australian vacation adventures, why not set aside some days to explore the beautiful city of Townsville. This is because sometimes it is the less popular places that offer the sweetest memories and hold the sweetest surprises.